Relief Trenches – Who Needs Them! 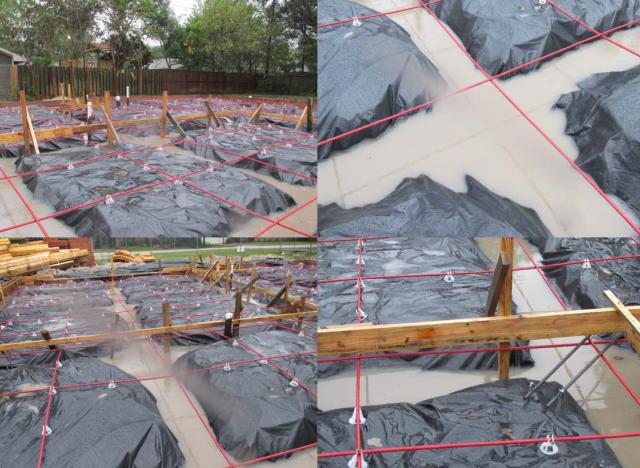 “What is a relief trench?” you ask.  A relief trench is a ditch installed as part of site preparation for construction of a slab on grade foundation.  A relief trench is intended to drain water from the forms to a safe location in the event of rain before concrete can be placed.  The next logical question is, “Why is it important to drain the water from the forms?”  In our area, a slab on grade foundation is constructed by digging trenches into the soil that will eventually be filled with reinforcement and concrete to form the stiffening beams and slab of a foundation.  This results in foundation having a final shape that resembles a waffle, if you could view the foundation from its underside.  The trenches creating the beams are susceptible to filling with water and holding it for a long time and water standing in these trenches can damage the form preparations in several ways. 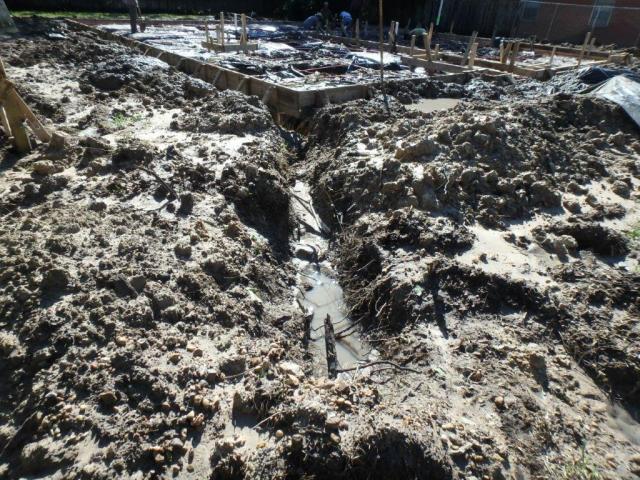 Preventing these concerns is as simple as digging one or more relief trenches when the beam trenches are dug.  The relief trenches should be dug to at least the same depth as the beam trenches.  They should extend to a location where water can be safely discharged with a continuous downward slope.  This will limit the amount of water that will collect in the forms and the subsequent damage that can occur.  A simple relief trench could reduce a 2-week delay to a few days.  In our climate where rain is common and can occur for several days, this can improve overall quality and save the builder money.